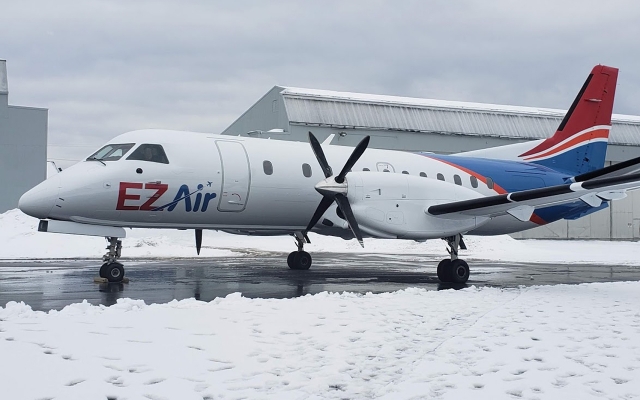 Early January, EZAir from Bonaire announced it wanted to add larger aircraft and the airline has decided to add the Saab 340. A first aircraft, a Saab 340B currently registered N417XJ (417) is being prepared for delivery at Orlando (FL) after painting at Bangor (ME). The aircraft was previously operated by Silver Airways.

A second Saab 340B (418) has been acquired as well and this aircraft is also a former Silver Airways-aircraft. The airline is also planning to add a Saab 2000 after that and if things are going well a third and fourth Saab 340B.

EZAir was founded in 2000 and flies between the Dutch caribbean islands, but also flies to Colombia. It offers passenger flights, as well as (medical) charters and currently has a fleet of six aircraft consisting of two Beech 1900Ds and one Learjet 35A.