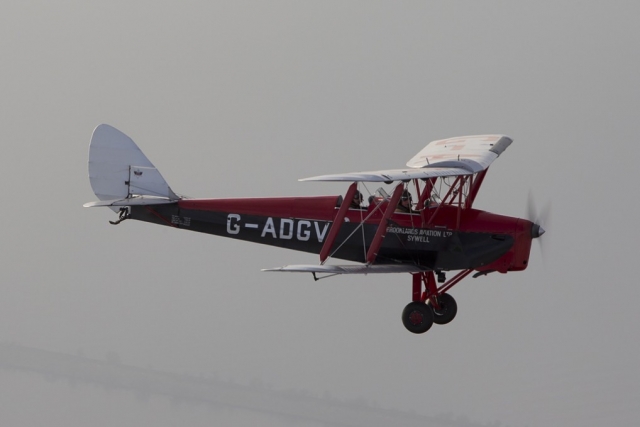 After a lengthy restoration historic De Havilland Tiger Moth G-ADGV (construction number 3340) has returned to Seppe-Breda Airport in the Netherlands. The biplane is owned by Dutchman Mr Mike van der Straaten, who acquired it in 2011.

The plane was built by the De Havilland factory at Hatfield and first registered on 23 May 1935 to Brooklands Aviation, Byfleet, Surrey, but based at Sywell. ‘GV was pressed into service with the Royal Air Force as BB694 and its civil registration was cancelled on 17 September 1940.

After the war had ended the Tiger was taken over by the Royal Navy and was used for the training of cadets. It is one of the few Tiger Moths that is known to have landed on an aircraft carrier: 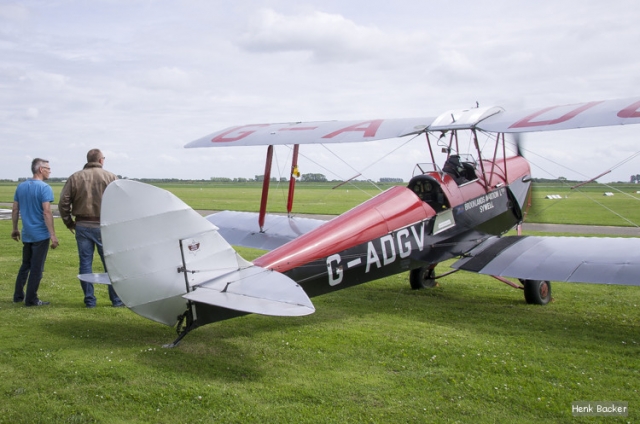 After a period of storage it was bought by Air Commodore Allan Wheeler who restored it and gave it back its pre-war civil livery and registration. From 1983 to 1987 it was temporarily flown in Germany, owned by a collector in Melle.

After returning to the UK, G-ADGV became one of the Tigers in the rather famous Diamond Nine Team. In the Netherlands the aircraft was also flown, together with Auster PH-NET and Piper Cub PH-UCS, on behalf of the Wings to Victory Association which is based at Midden Zeeland airport.

Within the coming weeks the Tiger Moth will be assembled and prepared for its first post restoration flight. Compliments have to go to the owner, who has decided that G-ADGV can retain the colours of Brooklands Aviation in which it was originally delivered in 1935!