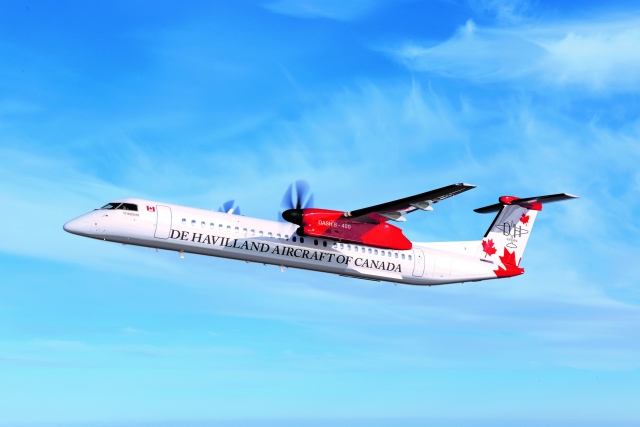 Leehamnews is reporting that De Havilland is set to suspend the production of the DHC-8-400 for an undefined period once it has completed the backlog. The manufacturer has informed suppliers to halt producing parts to prevent the company from producing so-called "white tails", aircraft without a customer. Currently, there are 19 open orders, which are all set to be delivered this year. And with the lease of the former Bombardier production-facility at Toronto set to expire in 2023 the future of newly-built DHC-8-400s is uncertain.

Demand for new DHC-8-400s has been sluggish over the recent years, especially with a lot of second-hand aircraft available. According to Leeham, there are now 186 DHC-8-400s in storage and available. Main competitor ATR, of which also a lot of ATR42s/72s are stored, is looking at a much healthier backlog with open orders for 46 ATR42s and 175 ATR72s.