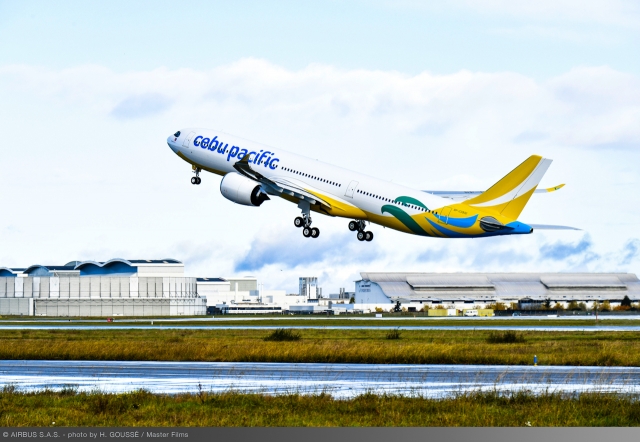 On 27 November, Cebu Pacific welcomed its first A330neo. The aircraft, A330-900 RP-C3900 (2001) was ferried on this date to the airline's base at Manila after a delivery ceremony at Toulouse. An interesting fact is that Cebu will have the highest capacity A330s in the world with their new -900s as the aircraft is outfitted with a single class seating up to 459 passengers.