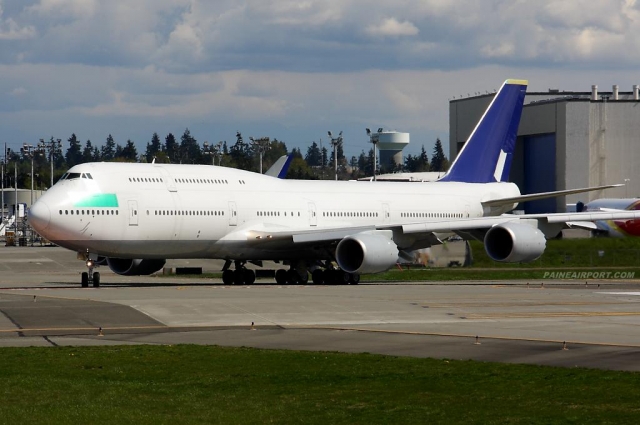 In its February orders and deliveries update, Boeing showed that it has logged an Unidentified order for a single B747-8. The aircraft will not be a newly built one but is l/n 1435, which is currently registered as N828BA (37826). The Jumbojet, however, is not going to an airline but is reportedly going to a VIP-customer.

Originally, this B747-8 was destined to go to Lufthansa as D-ABYE, but Boeing asked Lufthansa if it could retain the aircraft as a test-aircraft. It was part of the five B747-8-fleet used for the certification of the type. As such, Lufthansa formally cancelled an order for one B747-8 in 2012, but did had the option to order an additional new one if needed.

The aircraft was briefly registered N6067U before being registered as N828BA by the Boeing Capital Corporation. It has been stored at Victorville (CA) since 15 June 2018.