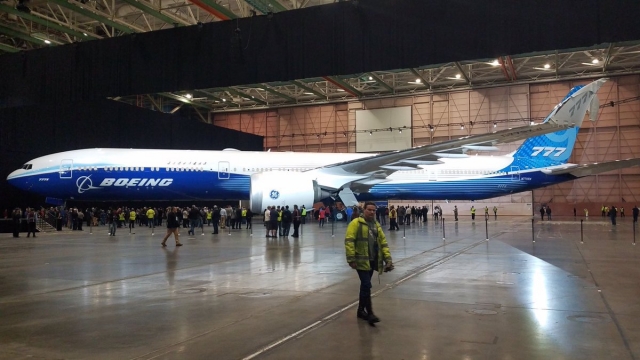 In an call with investors discussing the latest financial performance, the CFO of Boeing has announced that the board has officially given approval for the B777XF, the freighter-variant of the new B777X. According to him, the manufacturer can now officially market the aircraft. Boeing has been mulling the launch of the freighter for a while now and had, initially, planned to launch it at the Dubai Air Show in November last year.

Although no exact technical details have been made public yet, Reuters is reporting that Qatar Airways is close to become the launch customer for the B777XF. An announcement about an order could come as early as next week when the Emir of Qatar is visiting the US. According to Reuters, the order would be for up to 50 B777XFs, which would include options. The airline will use the new aircraft to renew and expand its current fleet of 26 B777Fs (with eight more on order).