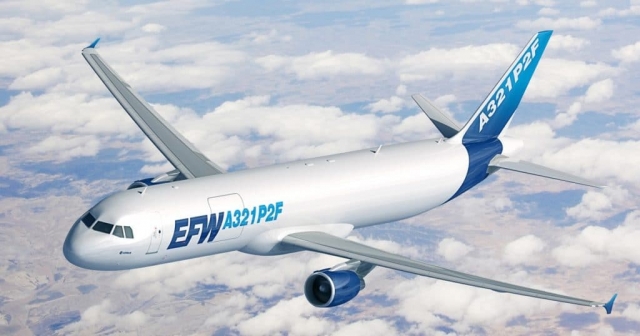 Lessor BBAM has announced it has ordered additional A321P2Fs with Airbus/EFW. In total, the company is planning to add eighteen A321P2Fs, which are planned to be converted before the end of 2025. With this latest order, EFW has now also sold-out its conversion capacity for the A320/A321 until the end of that year. BBAM will convert aircraft that it already has in its portfolio.

The lessor has now, in total, decided to convert 38 of its A321P2Fs, with two of these already delivered to Titan Airways. It also announced two will be going to Lufthansa Cargo next year.