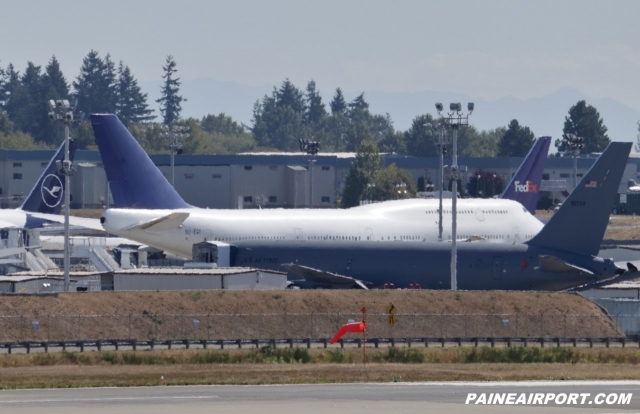 B747-8 for the Egypt Government

In February we reported that Boeing logged an order for a single B747-8. The aircraft involved was N828BA (37826) and was sold to an undisclosed (VIP) buyer.

It now seems the Jumbojet is going to fly for the Egypt Government as the aircraft has been re-registered SU-EGY and spotted as such at Everett-Paine Field (WA) on 8 September 2021 by Matt Cawby/Paineairport.com.

The B747-8 has been at Everett since 21 August when it was ferried from storage at Victorville (CA). It had been there since 15 June 2018. It's currently still wearing the basic (old) Lufthansa-livery, the original intended customer of this particular airframe.