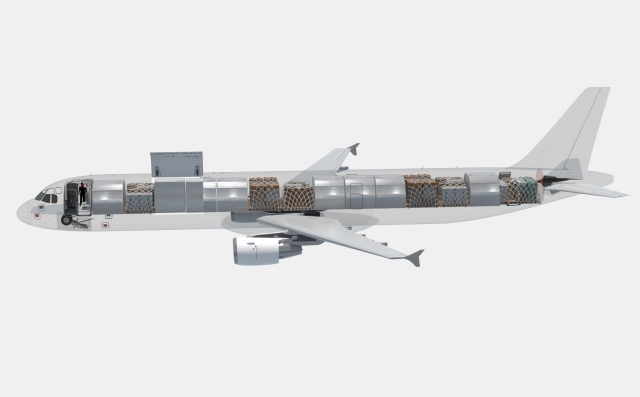 The Air Transport Services Group (ATSG) has announced it has acquired two A321s which it will convert to A321PCFs and lease-out via its Cargo Aircraft Management leasing subsidiary. Both aircraft will be converted by ATSG-subsidiary PEMCO in Tampa (FL). Conversion of the first aircraft is to start in the fourth quarter of this year and the second one will be starting conversion in the second quarter of 2022. The A321PCFs are then ready for dry-lease to a Cargo Aircraft Management-customer in the second and last quarter of 2022. It's currently unknown which airframes are involved and which customers will lease the aircraft.

ATSG has decided to accelerate its investments in mid-sized and mid-range freighter aircraft as demand for this type has grown significantly over the last year. Already back in 2017 the company decided to settle on the A321 and create a joint-venture with Precision Aircraft to develop the A321PCF, which was certified by the FAA in last April. According to ATSG, the A321PCF is well suited for air-express service and e-commerce fulfilment over shorter routes and will complement the Group's exisiting fleet of B767Fs. It will also have a much better performance than the B757F and any B737F available.