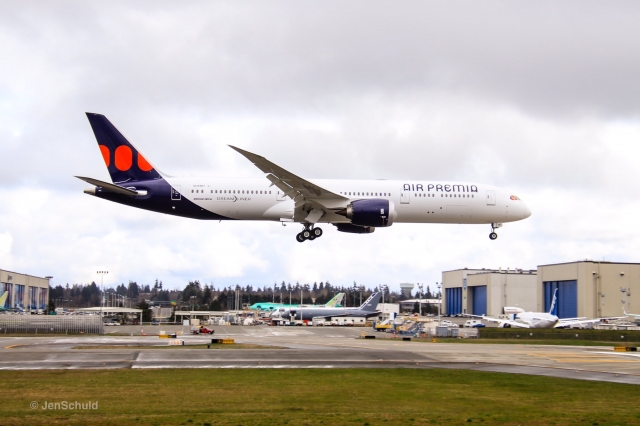 Air Premia has secured leases and orders for a total of eight B787-9s. Three via lessor ALC, the rest has been ordered directly with Boeing. With the arrival of the first aircraft, the airline will complete its AOC-certification process and hopes to launch operations in the second half of this year. Initially, the airline will fly to destinations in Asia (like Thailand and Vietnam) but hopes to expand later with flights to Europe and the United States.