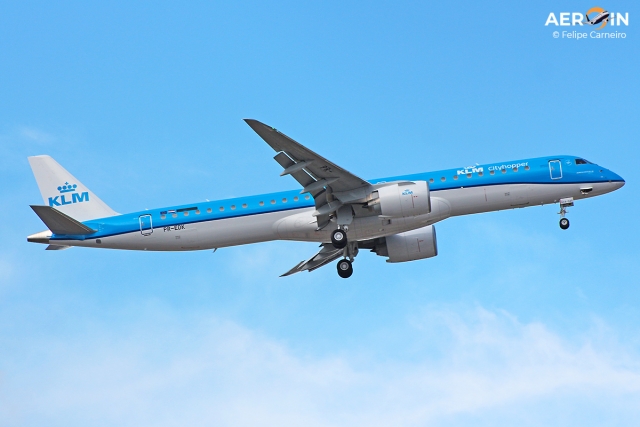 On 22 January the very first Embraer E195-E2 for KLM cityhopper made its first flight. The aircraft, registered PR-EDK, has c/n 19020045 and will become PH-NXA in Dutch service. Delivery is expected to take place next month.

KLM cityhopper has orders for 21 E195-E2s, which will be leased via Aircastle and ICBC. The carrier also has options (with Embraer) for fourteen more E195-E2s. The new Embraers will carry up to 132 passengers. Originally, the plan was to use the first batch of E195-E2s for expansion and later on replace the ERJ190s in the fleet. If this is still the case with passenger demand at a very low level remains to be seen.

The KLM subsidiary currently has a fleet of 49 aircraft, consisting of seventeen ERJ175s and 32 ERJ190s.