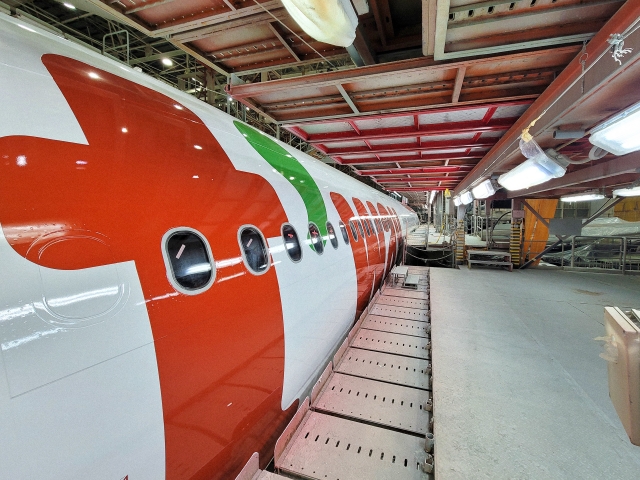 South Korean carrier T'Way Air has released pictures of its first widebody aircraft in the hangar at Xiamen. In December 2020, the airline announced it planned to lease three A330-300s. The aircraft will be leased from AerCap and the first is A330-300 VQ-BCQ (1058), which is the former HS-XTK of Thai AirAsia X and will now become HL8501.

According to CH-Aviation, T'Way Air is planning to launch flights with its new widebody on 11 March, operating the type between Seoul-Gimpo and Jeju. Later, when borders are reopening, it will deploy the widebodies on new longhaul routes to Bishkek, Honolulu, Singapore, Sydney and Zagreb.

As a result of the planned Asiana/Korean Air merger, T'Way Air expects it will be granted more international traffic rights and therefore plans to add additional A330s which it then wants to use on new routes to London, Los Angeles (CA), New York (NY), Paris and Spain.