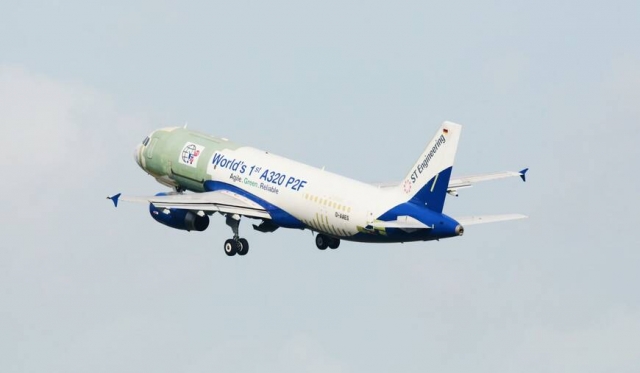 On 8 December, the first converted A320 into an A320P2F took to the skies. The aircraft, D-AAES (2737) was converted by EFW at ST Engineering at Singapore-Seletar, a process that started in March. The aircraft will now conduct a flight-testing program to obtain its certification and EFW expects that the first A320P2F can enter commercial service in 2022.

According to EFW's press-release, the aircraft will be leased through ST Engineering Aerospace Resources to the Vaayu Group, which also plans to add four more A320P2Fs in the coming two years.