RAF Valley is a Royal Air Force station on the island of Anglesey, Wales. The Station opened on 13 February 1941, in No 9 Group, Fighter Command, and for the first few weeks it was called RAF Rhosneigr after one of the nearby villages, but was re-named Royal Air Force Valley on 5 April 1941. It housed Czech and Australian RAF squadrons. Nowadays, it provides advanced pilot training using the BAE Hawks for pilots. No. 4 Flying Training School takes RAF and Royal Navy pilots from 1 FTS at RAF Linton-on-Ouse and trains them to fly fast jets, prior to training on an Operational Conversion Unit. 4 FTS is divided into two squadrons; 208sq provides the advanced flying training, students then moving onto 19sq to receive tactics and weapons training.
Valley is also home to a flight of Sea King rescue helicopters. These are busy in the Search and Rescue role, rescuing people from ships in the Irish Sea, from the mountains of nearby Snowdonia and elsewhere. The mountain rescue work in Snowdonia is coordinated with Plas y Brenin, the Ogwen Valley Mountain Rescue Organisation and the RAF Valley Moutain Rescue Teams. It is also known as the commercial airport Anglesey Airport and has a scheduled flight by Highland Airways towards Cardiff International Airport.

The SAR helicopters prefer to train near the airport. At Traeth Beach near Rhoscolyn and the South Stack lighthouse you might be able to make cool pics of a helo during exercises!

The airfield is south of the A55 and located along the beach at the Cymyran Bay.

The motorway network and the A55 road along the North Wales coast offers dual carriageway access right across the island or if you are travelling from the south you may prefer the A5 that takes you through the mountains of North Wales. It will be a two hour drive from Birmingham. Leave the A55 and the A5 at exit 4 towards Llanfihangel Yn Nwowyn.

Around The Airport
1
Landing 31

The first spot is for the landings at runway 31, so landing with northerly winds. As it is just outside the village of Rhosneigr you will have to leave the A5 towards this village via the A4080. Drive through the village until the road makes a sharp right turn. To the west there is a golf course and a small road. Take the small road into the field. On foot you will be able to cross two bridges which will take you to both sides of the approach path for the proper photographic position. There are some dunes will allow a view onto the field and the aircraft taxiing onto runway 31.

Runway 01 is rarely used and it is a fair walk along the beach towards this point. Park your car at spot 5 and walk towards the sea and just follow the coastline.

A very good spot for landings at runway 08. Park your car at spot 5 and proceed to the sea and follow the coastline for the proper position.

On your way to spot 2 and 3, have a good look just before the walk on the beach as from this position you will have a good view onto the hangars close by and, with a good scope, on the other side.

After leaving the highway, drive towards RAF Valley via the Minnfordd road. Turn right at the junction near the base area. At the next junction, turn left and continue onto the gravel road towards the crash gate. Park your car at the right side leaving the road unobstructed. You could position yourself on top of the rocks to have a level view with the landing aircraft.

After leaving the highway, drive towards RAF Valley via the Minnfordd road. Turn right at the junction near the base area. At your right, there is a gravel car park. From here walk to the approach of runway 19. You will have a good view onto the visitors apron also. After passing the lights, position yourself staying clear of the road for landing and taxiing aircraft.

After leaving the highway drive towards RAF Valley via the Minnfordd road. Turn right at the junction near the base area. At your right there is a gravel car park. From here walk to the approach of runway 19. You will have a good view onto the visitors apron also.

This is the spot for the gate guard. 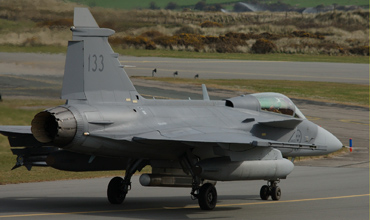 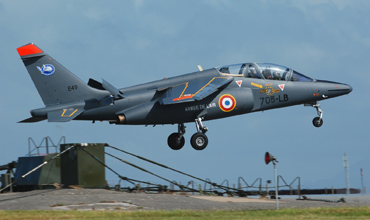