This ALAT airfield was previously used by the USAFE. It was constructed from 1952 to 1957 and the first unit based here was 23rd Helicopter Squadron operating the H-21B, followed by 513th FIS with the F-86D in 1958 and later by 102nd FW. At the moment it is the home base of 1 RHC, with nine units including EHOR with their AS532UL Cougar Horizon AEW helicopters. In the near future also the Tigre will be based here.

The base is built with a usual French lay-out, with three dispersals around the main runway. The runway is southwest-northeast oriented. There is also a main taxiway to the south of the runway. In the south are the main buildings. For an excellent view from the sky go to Google Earth.

The airfield is located along highway E25 towards Strasbourg. Take exit 44 onto road N4 towards Sarrebourg.

Around The Airport
1
Southwest dispersal

The dispersal in the southwest corner is the most important one at the moment as the Cougars are based there. Driving on road N4 from Phalsbourg to Sarrebourg, take the exit towards St. Jean-Kourtzerode and drive towards Bourscheid. After the first turn to the right, you can have a view towards this dispersal.

Drive further down the road towards Bourscheid. After the village centre take the first road to the right onto the dirt road towards the fence to have a look at the same dispersal.

From the centre of the village of Bourscheid, take the first left on road D38. At the T-junction with road D38 turn right. When you see the buildings of this dispersal, park the car and walk around.

From road N4 take the exit towards Phalsbourg. Go into the village and take the first road to the right and directly right again onto a dirt road. This will lead to the fence with an overview of the southeast dispersal. 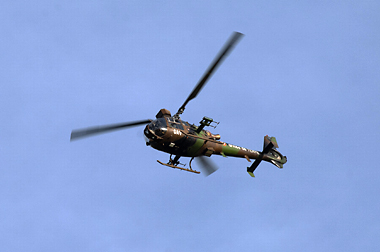 Photo: Corné Goud. Take-off, okay if you stay away from the fence. 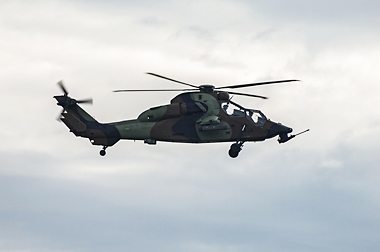 Photo: Corné Goud. You can stay with your car, 300mm required for hovering Tigres.
Frequencies
Based
Preserved
Links
Other Airfields
Send Updates!