The Canadian Forces Depot (CFD) at Mountainview belongs to Trenton-based ATESS. It is used for storage and regeneration of aircraft. However, most of the modern aircraft are to be found at the ATESS facilities at Trenton. Lately, many aircraft were put in open storage again. An austere landing zone was constructed to train Hercules crews of Trenton based 8 Wing, named LZ Allen.

Apart from the storage depot the base also houses Air Cadets with their distinctive yellow Bellanca Scout tugs and Schweizer gliders.

The base has a couple of disused runways and the cadets land on the grass parallel to the main runway. Many aircraft are parked outside and can be identified with last or early light.

Take highway 62 southward from Belleville, this runs past the base.

Around The Airport
1
Northwest side ramp view

From the 62 you drive along the northern fence line. You can spot the aircraft outside on the ramps. For the westernmost ramps, filled with CT-114 tutors lately, the best spot is at the secondary gate. From there you have to work you way along the fence to identify all the aircraft.

Further down road 62, near Pumphouse Lane, you should be able to find a place to spot the main flightline that house a row of CT-133. From this spot and spot 1 you can make out some of the remnants of aircraft on the platform between two hangars behind the fligtline.

Lastly, just past the entrance road you will have a straighter view to get the last ones. This is also the spot to watch aircraft come in on runway 24. 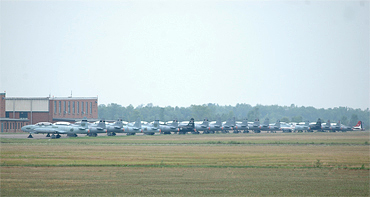 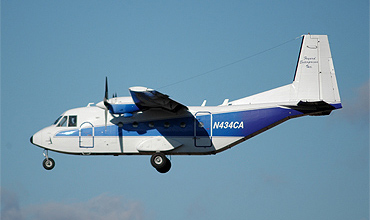 Aircraft practising on runway 24 can best be viewed from spot 3 (Wim Sonneveld).
Frequencies
Based
Links
Other Airfields
Send Updates!